12Go Asia is an excellent option to book transport tickets in Thailand.

You will find very practical information about the subway MRT and the BTS Skytrain, transfers with Suvarnabhumi and Don Mueang international airports, the Tourist bus, public transport on the Chao Phraya River and on the Saen Saep Canal.

Some airlines such as Nok Air offer tickets combined with ferry and/or bus to access the islands and beach destinations on both coasts.

For short distances the Local and Express buses are sufficient. Cheap but slow and sometimes full of people.
The buses of the Second Class have air conditioning but do not follow the most direct route and have quite a few stops.

Long-distance trips are usually made at night and often take more than seven or eight hours, which is why it is essential to take into account the conditions of the trip.

It is advisable to book in First Class to make the direct route to the destination with the least number of stops.

VIP buses offer besides water and a simple meal, include entertainment onboard and a rest stop. In the S-VIP the number of seats is limited to 24, with ample room between seats and three rows instead of the usual four, very comfortable for long trips.

Commuter trains are less practical except to go from Bangkok to Ayutthaya and/or Lopburi.

For long-distance trips, it is highly recommended to book bunk beds in first or second class, in first-class the compartment is private for two beds while in the second one curtains are used to isolate the personal room of each of the four berths. They have a departure at sunset, from 6 in the afternoon. 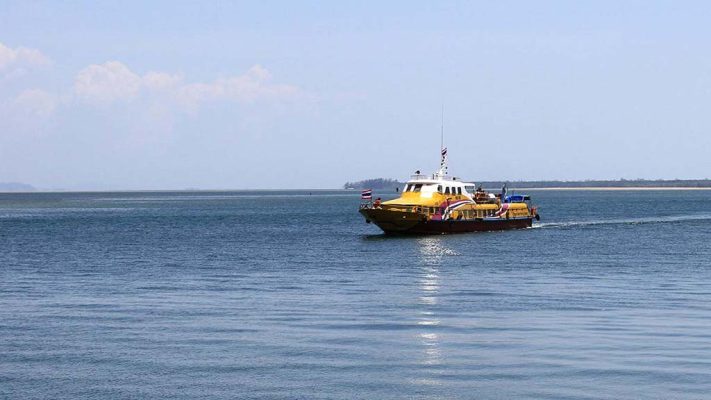 As with airlines, ferry companies increasingly offer combined bus/train and boat tickets, so links are guaranteed, or almost.
Get updated information from the following websites.

If you plan to rent a long-tailed boat on the beach to explore the incredible coasts, we offer you useful tips to make the experience perfect, click here.